The dying words of Captain Robert Kidd, a noted pirate, who was hanged at Execution-Dock, in England

Click below to hear selected verses performed by David Hildebrand :

The story of William Kidd is complex, filled with adventure, intrigue, vast riches, and double-dealing politics. Kidd was born in Scotland about 1645 and by the 1680s, he had established himself in New York, operating a packet line between London and the colonies. He was recommend to the British government as the best man to take on the charge of ridding the seas of piracy, and bringing in enemy ships as prizes. He became captain of a new ship, Adventure Galley. As pay, he and his crew would share the value of the prizes taken.

In time, they captured six ships, the richest being Quedagh Merchant, an Armenian vessel flying the French flag, a legitimate prize for an English privateer. Unfortunately for Kidd, the ship was actually under the employ of the East India Company and was flying a false flag. A warrant was issued for his arrest and when he became aware of the action, Kidd paid off his crew and left the ship and the treasure in Hispaniola. He sailed to New York to talk with an admiralty lawyer. He was given a safe-conduct to Boston in June 1699 but his original supporter, Richard Coote, earl of Bellomont, broke his word. Kidd found himself a prisoner and was sent to England for trial.

Kidd’s capture presented an excellent opportunity for the opposition to discredit Bellomont, the Whig governor of New York and New England, and they lost no time developing ways to take advantage of it. A hardened seaman but a man of considerable moral fiber, Kidd was unwilling to testify against the lords who had originally contributed to his voyage and commission, even though he was told that this cooperation would set him free. Eventually he was brought to trial at Old Bailey, charged with piracy and the death of a mutinous gunner, and sentenced to be hanged. The sentence was carried out on May 23, 1701. Two hundred years later it was found from papers discovered in the public records office that records that would have saved Kidd’s life had been deliberately suppressed (Lambert 351-60).

It is instructive to compare the text on Coverly’s broadsides with the original song that was probably written in 1701. The early song displays a swashbuckling captain accomplishing even more than he is historically credited with and dying because he disobeyed the law, a legitimate way for London printers to portray a condemned man. One hundred years later, the atmosphere and Kidd’s first name had changed. In early nineteenth-century New England, Robert Kidd explains that his doom came because he buried the Bible and ignored God. A new opening verse calls all ship captains to heed his story, the final verse reminding them to take his warning “lest you come to hell with me.” It is this “good night” version from “Robert” Kidd that has persisted in tradition. In both of these texts, the repetitions of phrases throughout the text are the distinguishing marks, and these repetitions are reflected in the music.

Whittier Perkins copied a tune entitled “Captain Kid” in his collection begun in 1790 in Massachusetts. That same tune persisted with the broadside text and title into the twentieth century in folk song. The earliest printed text of the broadside song with the “Captain Kid” music is in The Western Minstrel (1831).[1] In religious shape note songbooks the tune also carried on, still called “Captain Kidd,” but with a new text beginning “Through all the world below, God is seen, all around, all around” (Roud; Walker [1987] 50; Bronson, Ballad 18-36). Another familiar setting to this unusual tune structure is the hymn beginning “What wondrous love is this, oh my soul.”

[1] I am grateful to Richard Hulan for bringing this citation to my attention. 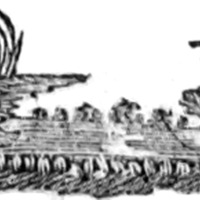 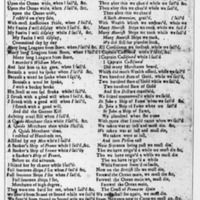 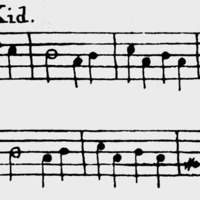 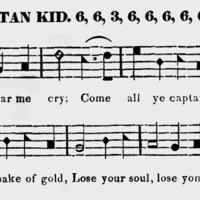 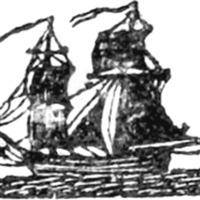