“Fair Rosamond” is one of the oldest ballads in the collection and is based loosely on a historical event concerning the daughter of Walter de Clifford, probably acknowledged in 1174 as the mistress of Henry II (1154-89). The popular legend of the vengeance of Henry’s queen, Eleanor of Aquitaine, was summarized by John Stow (1525?-1605) in The Annales of England (1580) from an older account by Ranulf Higden (d. 1364), a Benedictine of St. Werburg’s, Chester.

Rosamond the fayre daughter of Walter Lord Clifford, concubine to Henry II (poisoned by queen Elianor [sic], as some thought) dyed at Woodstocke where King Henry had made for her a house of wonderfull working; so that no man or woman might come to her, but he that was instructed by the King. This house after some was named Labyrinthus, or Dedalus worke, which was wrought like unto a knot in a garden, called a maze; but it was commonly said, that lastly the queene came to her by a clue of thridde, or silke, and so dealt with her, that she lived not long after: but when she was dead, she was buried at Godstow in an house of nunnes, beside Oxford. (P. Harvey 679)

There were other poems on Rosamond’s story in the late sixteenth century, but the song written by Thomas Deloney (ca. 1543-ca. 1600) caught the public imagination. The text first appeared in 1607 and many times more after that (Delone[y], Strange; Roud #3729). James Franklin’s widow published a garland of this song in Newport, Rhode Island, in 1746 and several editions appeared in 1796: Two Unfortunate Concubines, The Unfortunate Concubines, and The History of Fair Rosamond. Coverly’s version is very close to Franklin’s and the early black-letter broadside editions, lacking only the second and last two verses.

The tune to which Deloney originally set the text was “Flying Fame,” a melody now assumed to be the same as the tune used for “Chevy Chase.” Later editions of the song call for “The Ladies Fall,” also known as “In Peascod Time,” which was well forgotten by the early nineteenth century (Simpson 96-101, 368-71). The song is in ballad meter and could certainly be sung to “Chevy Chase,” which was still in popular memory.

When as king Henry rul'd England, the second of that name. 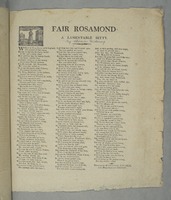 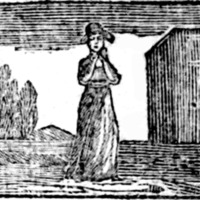 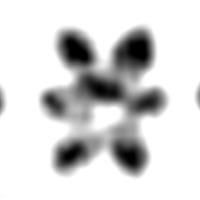