Rodgers & victory. Tit for tat Or, The Chesapeake paid for in British blood

As with Rogers and Victory, nearly half of the space on this sheet is devoted to the sensationalist headlines. Another song about the Rodgers/Bingham fight, this text reviews the 1807 Chesapeake disaster that brought British impressment into the news and made it a burning issue. It appeared in the Salem (MA) Essex Register on July 10, 1811, with the note that “the following new ‘Yankee Doodle’ recently made its appearance in New-York, on the subject of the late naval engagement.” Of limited popularity, the text appeared in two songsters, in 1813 and 1814 (R. Keller).

A more warlike president might have made it a cause for war. Certainly, as in the case of the Mexican War of 1846, war has started for less than that. The impressment issue was never settled and the War of 1812 was the final result.

Here a grudge match is described in dramatic fashion. Again, the tune chosen by the author is “Yankee Doodle,” but here it is an integral part of the fairly sophisticated narrative and is somewhat more serious than most texts set to the tune. The chorus continues the story and provides ongoing references to the music of drums and fifes playing “the tune call’d Yankee doodle dandy.”

From the earliest texts, “Yankee Doodle” was associated with dancing—“Mind the music and the step, and with the girls be handy.” Here in the first chorus is a specific reference to a currently popular French dance step: “Let’s shake the foot and rigadoon, to yankee doodle dandy.” The rigaudon or, in English, rigadoon, is a quick little duple-meter setting step performed in place.

John Bull, who has for ten years past, been daily growing prouder. 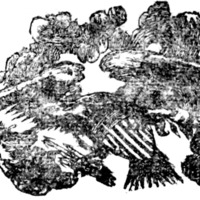 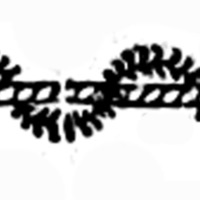