The Canadian campaign that opened the War of 1812 began with a series of disasters. On July 17 the strategic post on the island in the Strait of Mackinaw between Lake Michigan and Lake Huron surrendered, leading Tecumseh and his followers to align themselves with the British. General William Hull (1753-1825) was sent to launch an attack on Upper Canada from Detroit but his official papers fell into British hands, giving them knowledge of his orders and strategy. Fearing a massacre of women and children in the fort at Detroit, on August 16 Hull surrendered without firing a shot, giving the British control of Lake Erie and the Michigan country. It was this action that led to this text of “Hull’s Surrender” that was printed in the Bedford (PA) True American on November 10, 1813.[1] Even Coverly’s illustration, executed by Nathaniel Dearborn, contributes to the condemnation of Hull, who appears as a martial figure in his uniform, with the Devil behind, urging him on.

Hull was court-martialed and sentenced to death for cowardice and neglect of duty, but the penalty was remitted because of his Revolutionary War record. We have not been able to verify the song’s accusation that Hull took a bribe of gold to surrender, although it is unlikely. If there were evidence for a bribe it would have figured in his trial.

This is one of a group of topical songs from 1812, all in 6/8 rhythm with a four-line verse and two-line chorus that were probably originally conceived set to the tune of “Paul Jones’s Victory” and possibly written by Coverly’s in-house poet, “Mr. Wright”: Hull’s Surrender, Battle of Queenstown, Capture of Little York, Offset for the Chesapeake, Harrison Victorious, American Bravery, Paul Jones’s Victory, Hull’s Victory, Hull’s Victory, Wasp Stinging Frolic, Bainbridge’s Victory, A Happy New Year to Commodore Rodgers, Most Brilliant Naval Victory, Another Glorious Victory, and particularly Decatur’s Victory. In all of these songs, the diction is elevated, written as political statements aimed at the broadside-buying public to whip up patriotic emotions.

[1] The newspaper rendering of this text is echoed by Coverly, using roman text for the verses and italic for the refrains.

Ye Columbian's so bold, attend while I sing. 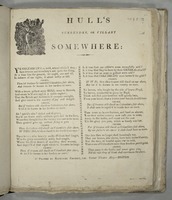 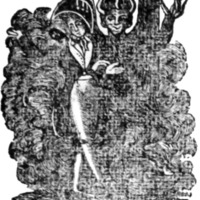