The World turn'd upside down; : together with Constant Charley

“The World Turn’d Upside Down” is described on the broadside A Song Composed in the Year Seventy Five. A number of songs were issued under this title on English slip ballad sheets in the nineteenth century (Bodleian). This particular text is related to the “Ages of Man” narratives, sometimes beginning “In prime of years, when I was young.” It later took on the title of “Banks of Clyde” (Roud).

“Constant Charley” was probably created more for marketability than political reasons. It capitalizes on a sentimental recollection of the relationship between Charles Edward Stuart (1720-88) and Flora MacDonald, the young woman who saved “bonny Prince Charlie” when he traveled through Scotland after his defeat at Culloden. Stuart, grandson of James II, king of England from 1685 to 1689, was defeated in his attempt to gain the English throne in 1746 and fled through the Highlands to Skye where the MacDonald family harbored him and helped him escape. Flora and her family came to the American colonies in 1774 and for several years traveled around North Carolina appearing at balls to raise troops for royalist regiments. Her husband, Allan MacDonald, was given a commission as captain in the Royal Highland Emigrant Regiment. In 1779 they returned to Scotland.

Jacobite texts rose in fashion at the turn of the century as the next generation looked back to the old days with sympathetic eyes. This song, also called “Flora’s Lamentation,” is a close parody of a pastoral sheet music song from the 1720s called “Charming Billy,” with a burden of “crying Billy, constant Billy, must we never meet again!” The third verse (omitted in the Thomas version) was replaced with one that reflects the promises of Jacobite adherents, but most of the rest of the text is virtually the same. The melody was well known as “Constant Charley” in late eighteenth-century England and America and as “Constant Billy” it survived in English oral tradition as a setting for Morris dances. The text appeared in one songster in 1803 (R. Keller, Early American Secular Music and Its European Sources; Roud).

When I was young and in my prime.
Over the hills and lofty mountains. 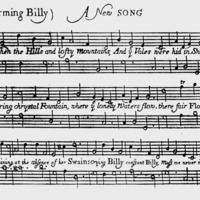 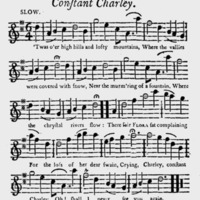 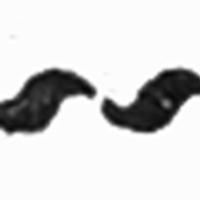