Will the weaver, together with the Dawn of hope

In “The Dawn of Hope” by Thomas Augustine Arne, the woman mourns her love’s absence and implores the gods to protect him. In the last verse, he returns and “she sinks into his arms.” The song was published in the Universal Magazine in 1758 (22:360-61) and the tune was copied into several American tune books in the 1790s, appearing in seven songsters between 1760 and 1804 (R. Keller, Early American Songsters). The text appeared in the Boston Gazette on June 20, 1791, and that same year a different musical setting appeared in the Massachusetts Magazine (3:313), but it is likely that Coverly’s text was best known to the Arne melody. 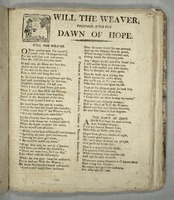 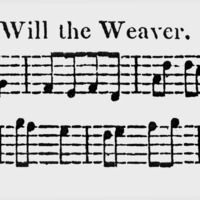 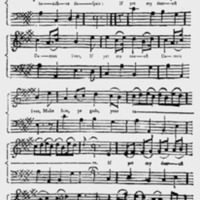 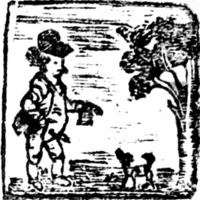 “Will the weaver, together with the Dawn of hope,” Isaiah Thomas Broadside Ballads Project, accessed November 29, 2021, https://www.americanantiquarian.org/thomasballads/items/show/253.