Will the weaver, and The blue bells of Scotland

“Will the Weaver” is a narrative of illicit sport, a gossipy neighbor, discovery, and consequences. Here the henpecked husband is cuckolded, finds the culprit—Will the Weaver—hiding up the chimney, and sends him packing. Norman Cazden suggests that the “true focus of the tale is . . . on the character of the wayward wife. Her plea for the sparing of Willie’s life does not always signify that she has become contrite. For in some versions, she reasserts the right to do as she pleases” (Cazden, Haufrecht, and Studer, Folk Songs 516). While the song has been collected from a number of British and American singers, it does not appear to be much older than the beginning of the nineteenth century (Mackenzie 328).

The second text on this broadside, “The Blue Bells of Scotland,” is described in Female Drummer.

O dear mother now I'm marry'd.
Oh! where? and oh, where is your highland laddie gone? 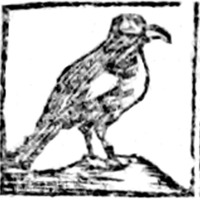