Peggy Band, together with Nancy Dawson

“Peggy Band” is an unsympathetic tale of seduction by an Irish traveling salesman whose heart lies with his love, Peggy Band, but who does not hesitate to take advantage of pretty girls along his way. It should not be confused with the song on Polly Wand beginning “Come all you brave shooters,” which was sometimes known as “Peggy Bawn.”

The text had a long life in English broadsides and chapbooks and in oral tradition in the nineteenth century but does not seem to have appeared in print in America except on this broadside (Roud #661; Fleischmann, Sources #4214). However, the 3/4 meter tune, as “Peggy Band” or “Peggy Bon,” was circulating in America among Revolutionary War fife players, used particularly in the evening retreat ceremony (R. Keller, Early American Songsters).

Nancy Dawson was a stage dancer who in October 1759 filled in for the regular performer and danced the hornpipe in the last act of The Beggar’s Opera at Covent Garden. She was a hit and her fame attracted crowds to John Rich’s theater. This song was written shortly after her triumph, sketching the success of the leads, John Beard and Charlotte Brent, and the show as it was “crown’d by Nancy Dawson.” The seventh verse refers to David Garrick, manager of the rival Drury Lane Theater, who was suddenly hard put to fill the seats in his house when the crowds were flocking to see the dancer at Covent Garden. The following year, Garrick managed to lure Dawson to Drury Lane and mounted his own Beggar’s Opera, while Rich replaced Dawson with Mrs. Vernon at Covent Garden. Dawson continued to dance for Garrick for several years, retiring after 1764 and dying in 1767 (S. Cohen; Highfill, Burnim, and Langhans 4:237-43).

The song was set to an older country dance tune called “Piss upon the Grass.” Like “Peggy Band,” the text of “Nancy Dawson” was seldom printed in America, appearing in only two songsters between 1765 and 1788, but the tune was widely known from 1759 into the nineteenth century in England and America (Roud; R. Keller, Early American Secular Music and Its European Sources). When the dancer’s name faded from memory, other songs were set to the tune, notably “Here We Go Round the Mulberry Bush” and “I Saw Three Ships Come Sailing In.”

As I walk'd o'er the highland hills.
Of all the girls of our town. 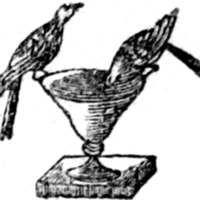 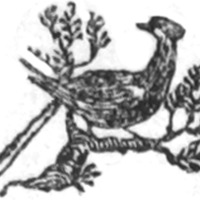