The embargo. A favorite new song

This text of The Embargo has been quoted by historians but not yet studied as a song. The broadside sold to Thomas in 1814 had no indicated tune or author and was no longer newsworthy. However, as in the re-publication of The Sedition Act, it might have been a specific attempt to rile up political feelings with reminders of old issues and perhaps to protest the short-term embargos that were imposed early in Madison’s administration (1809-17).

Control of the high seas had been an issue for a number of years and American vessels were being attacked and their seamen impressed. In December 1807, President Jefferson decided to try the economic pressure that had worked against Britain before the Revolution, and he recommended an embargo to Congress. The bill was quickly passed and became law on December 22, 1807. In the words of Richard Morris,

the Embargo Act interdicted virtually all land and seaborne commerce with foreign nations. It forbade all U.S. vessels to leave for foreign ports. . . . While importation in foreign bottoms was not prohibited, it was almost outlawed by the provision that foreign vessels could not carry goods out of an American port. . . . Means were soon found for evading its provisions. A brisk smuggling trade was carried out by land and water, particularly across the Canadian border. . . . Domestic opposition to the Embargo was strongest in the mercantile areas of New England and New York, where Eastern Republicans made common cause with Federalists on this issue. . . . Widespread economic distress brought the Federalists into power in the New England state governments after the elections of 1808. . . . Numerous town meetings attacked the Embargo as a pro-French, anti-British measure, and state legislatures challenged its constitutionality. (136)

Public response in the form of verses against the measure was almost immediate. Newspapers across the country carried locally produced items that spread quickly from paper to paper. This flood was criticized by the author of a text to the tune of “Yankee Doodle” printed in the Trenton True American.

There’s knaves and fools and dupes and tools
Debas’d enough to argue,
That every ill the people feel
Is owing to The Embargo.[1]

This broadside contains a vigorous text from New England’s viewpoint that was written by Henry Mellen (1757-1809), a local lawyer and Harvard graduate. It was sung on July 4, 1808, during a Federalist dinner at the courthouse in Dover, New Hampshire, about ten miles northwest of Portsmouth. The song probably first appeared on a broadside printed by J. K. Remich “at his printing office on Dover Landing” with the tune indication, “Come let us prepare” (Schrader, “Broadside Ballads” 86-90; Lawrence 185). Samuel Bragg Jr. included it in the next issue of his newspaper, the Dover Sun. The Portsmouth Oracle copied the song from the Sun, printing it on July 9, and from there it spread north, south, and west, as other newspaper editors copied the text. Within a month, it had appeared in at least twenty-nine newspapers.

With these copies in circulation, “The Embargo” enjoyed sufficient notoriety by mid-August 1808 to become itself a target for direct parody by a local wit whose pseudonym was “Simon Pepperpot the younger.” His “Sacred Refuge for Federalists” began with the first line “Dear Sirs you are wrong to tell lies in a song.” This effort was noticed in the Portsmouth Oracle with a short notice entitled “Dover Poet.”

A castive Poet, in the last Dover Sun, had a terrible straining at rhimes, in attempting to parody the Embargo song of Mr. Mellen. We generally find good verses in the Dover Sun, but this attempt is wondrous pitiful. [signed] N. P. Herald. (August 13, 1808)

One week later in the Portsmouth Oracle this parody was then parodied itself with a new song beginning “You say Sir ’tis wrong to tell lies in a song.” This rebuttal was not the end of it. A few months later the original song was then itself revamped and expanded with twelve choruses of five lines each, fit to the tune of “Snug Little Island,” a title referring to a Dibdin text to the military fife tune “The Rogues March” (Portsmouth Oracle, October 15, 1808; Cooperstown (NY) Impartial Observer, November 12, 1808; Otsego Herald, December 10, 1808).

We have dealt in detail with this proliferation of newspaper and broadside copies of an original song text, along with parodies and parody upon parody, because they indicate more than a simple knack for rhyme among some Federalists and Democratic-Republicans in New Hampshire. They show that a topical ballad originating in a small town such as Dover could initiate a minor ballad war and induce reprints in cities large and distant.

The opening lines of Mellen’s song must have provoked laughter among his listeners as he makes fun of the very act of songmaking. Creating new lyrics for the amusement of one’s friends and colleagues was an expected ability among upper-class gentlemen of the eighteenth and early nineteenth centuries. Mellen’s opening suggests that he had been pressured to write something for the celebration on the fourth of July. By the third verse, he gets down to the serious subject at hand.

“Come Let Us Prepare,” the tune cited for the main text, is the first line of the best-known eighteenth-century Masonic song, “The Entered Apprentice.” It had many adaptations for war, politics, and additional Masonic texts and was widely known throughout the colonies. The choice of “The Snug Little Island” for the chorus in the later text is particularly telling as the tune, usually called “The Rogues March,” was the standard music played for ceremonies of degradation or expulsion from the Army (R. Keller; Camus 111-13). The new name came from the burden in Thomas Dibdin’s song “The Island” (ca. 1797). Both titles add to the meaning of the parody.

[1] The tune indication appears with the text in the Northampton (MA) Republican Spy on August 3, 1808.

Dear sirs, it is wrong to demand a new song. 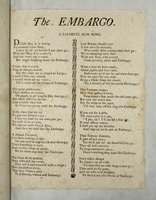 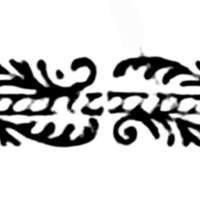 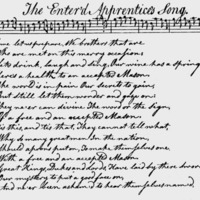