Guardian angels, together with the Rose tree

The rather complex song, “Guardian Angels,” has an interesting history. A song called “The Forsaken Nymph” with this basic text appeared around 1735 and was attributed to George Frideric Handel (HWV 228.10); this attribution is now considered spurious as the song was not attributed to Handel until a 1746 publication (Sadie and Tyrrell 8:126). A variant text with a new tune appeared in the 1770s. With the title “Guardian Angels,” and the same text as that found on the Coverly broadside, the new tune was used in Kane O’Hara’s Golden Pippin (1773). It became popular with singers and instrumentalists alike. The melody appeared in oboe, flute, and fife tutors as well as country dance collections. The song was published on sheet music and in song collections. Many American manuscript compilers copied out both the lyrics and the tune. The text appeared in twenty-three songsters between 1788 and 1820 (Roud; R. Keller, Early American Songsters).

John O’Keeffe’s comic opera The Poor Soldier (1782?) was staged many times in Britain and America well into the nineteenth century.[1] It is the usual tale of a lad who is sent off to war and returns to claim his girl, repeated in so many songs and plays. The music for this play was provided by William Shield, four of the airs probably written by him, the rest arranged from traditional airs, chiefly Irish, reflecting the setting of the book. The most enduring of these was this duet between the returning Patrick and his love Norah at the end of the first act, when Patrick discovers Bagatelle hiding in Norah’s closet in a scene rather like one from Mozart’s Marriage of Figaro.

“The Rose Tree,” was immediately widely popular and is still played today by string and contradance bands and fife and drum corps in virtually the same form and with the same title as it appeared in the O’Keeffe/Shield setting (Wells and McLucas 99-115). It was an older tune, in circulation as “The Gimblet,” printed in James Oswald’s Caledonian Pocket Companion and as “Irish Lilt” in a collection of country dances (10:103; Thompson’s Compleat Collection 2:76). It probably originally was Irish, and appeared in thirty-four songsters between 1788 and 1820 (Wells 504-6; Fleischman, Sources #1293; Roud; R. Keller, Early American Songsters). 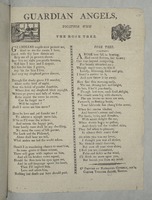 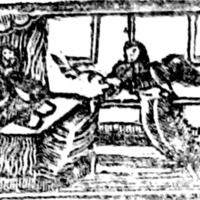 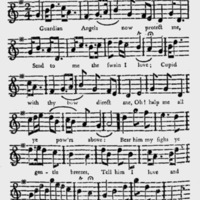 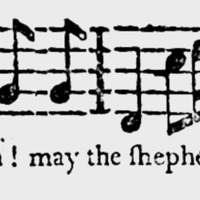 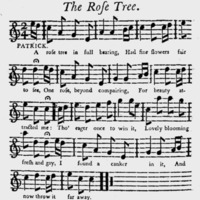 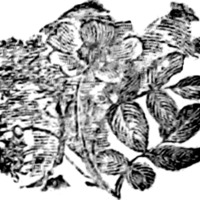