General Warren: or The battle of Bunker Hill

Joseph Warren (1741-75) was a physician and political leader in the early years of the Revolutionary War. He was born in Roxbury, on the outskirts of Boston. Active in the protest against the Stamp Act (1765), he headed a committee to protest the Boston Massacre in 1770. In 1775 it was Warren who sent Paul Revere and William Dawes to warn Hancock and Adams as the British commenced the march against Lexington and Concord. A major general in the militia, Warren was killed at the Battle of Bunker Hill.

This lyric was probably not intended to be sung. It has seven ten-line verses with an uneven rhyming scheme. While there are signs of folk diction in the text, it seems to have been written in the style of polite verse, probably well after the war, as there are several factual errors in the text. In verse 2 the identification of Warren as commander is in error; Colonel William Prescott was in charge of the American troops. The “stripes unfurled” (verse 4) suggest the later national flag. In addition, the word “republican” in the sixth and seventh verses suggests that this version of the text dates from the 1790-1810 period when the term had come into use for the Democratic-Republican party championed by Thomas Jefferson. The text appeared in seven songsters between 1813 and 1820 (R. Keller; Musical Gem 25-28).[1]

[1] Our thanks to Steve Roud for this last citation from his personal collection.

Let others boast of monarchs pride. 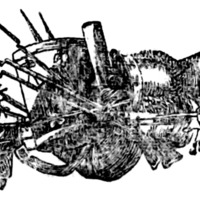