In 1776, General John Burgoyne was in Canada, commander of the British and newly arrived Hessian troops. He proposed an ambitious plan to take Fort Ticonderoga and Albany, New York, which would effectively cut the colonies in two. Launching the campaign in 1777, he succeeded in taking the fort, but his advance to Albany was blocked by colonial troops. On October 17, 1777, he surrendered to General Horatio Gates, the victory providing a major turning point for American morale and American diplomatic ability to attract critical support for the war effort abroad. The victory was memorialized in several topical songs, including this broadside and A Song Made on the Taking of General Burgoyne.

This text seems to be an American enlisted man’s song. Using the form of a personal lamentation by Burgoyne himself, the lyric reveals many of the fallacies of information held by the British, especially those in Britain. Unable to visualize the American conditions and geography and thinking that Americans would flock to the British standard, the British found that the truth turned out to be somewhat harsher and British generals had to bear the brunt of the criticism. Here Burgoyne praises General Gates, who was popular among the New England troops. The somewhat unsophisticated writer has Burgoyne calling for relief from the goddess Diana, who was goddess of the hunt. Asking for comfort and a drink, for which he “ne’er had more need,” he does not seem to think that Minerva, the goddess of war, can help him much. Then in a humorous satire on religion, he calls on all the gods and even “Lady Mary and the good old saints” to help him. In verse 7, the author uses the phrase “cross’d the Atlantic to buy wit so dear,” perhaps a reference to the folk motif used in Penny-worth of Wit.

Another interpretation of this text is possible, given the adulation of Gates in the final six verses. Gates had several strong supporters among the New England representatives to the Continental Congress. Following the victory at Saratoga, there was an attempt to replace General Washington with Gates as commander in chief. This song might actually have been a sophisticated piece of promotional literature in favor of that effort.

The song may have spread orally. Comparing this text to an earlier broadside titled “Burgoin’s Defeat,” there are fifty-three minor textual variations (Ford 93). Such variation is not unusual for separate issues when texts run to twenty verses, as these do. Even without a paper trail, the song appears to have traveled. A letter written by a “lady in Philadelphia” in early 1778 during the British occupation relates that “little Poll Redman still continues as violent a patriot as ever, and several times sung ‘War and Washington,’ with ‘Burgoyne’s Defeat,’ for the British officers” (C. Campbell 91). In 1814, the text was selected as a model for “General Provost’s Lamentation,” a political effusion on the defeat of the British general at the Battle of Plattsburg on Lake Champlain.

The indicated tune, “Irish Lamentation,” is the old one to which Allan Ramsay set his song “Lochaber No More” in the 1720s. It was earlier known as “King James’s March to Dublin,” referring to James II’s landing in 1689. The tune came to be known in Ireland as “Limerick’s” or “Irish Lamentation” and in Scotland as “Lochaber.”[1] Donal O’Sullivan discusses the tune at some length and shows it originally to be of Highland Scots origin but perhaps revised to its familiar form by Irish harper Myles O’Reilly (b. ca. 1635) (1:9, 18; 2:125, 166, 182). As “Irish Lamentation” the tune was also in circulation in America in the late eighteenth century with a text called “My Grandmother’s Cot,” a woman’s narrative with the burden “’tis better to marry than die an old maid” (R. Keller, Early American Secular Music and Its European Sources; Schrader, “Broadside Ballads” 98).

[1] Our thanks to the late Bruce Olson for many early references to this tune.

Ye powers look down and pity my case. 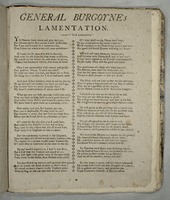 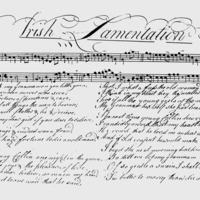 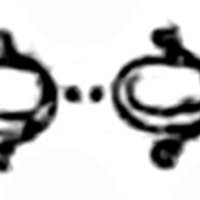