The Fiery devil, together with Granny Wales

Interestingly, neither of the two Revolutionary War texts on this broadside has been altered from their early texts. The first was published in the Amherst New Hampshire Gazette on March 11, 1777, as “The Fiery Devil in Imitation of the Watry God.” It is a highly imaginative satire on a political parody of a patriotic British song by a “Mr. Wignel” from the early 1760s called “Neptune’s Resignation.” The original parody appeared in the New London Connecticut Gazette on April 19, 1776. A variant of the same text appeared in the Boston Independent Chronicle on September 27, 1813. Another equally violent parody appeared in the Federal Songster in 1800 as “A Song—Sung July 17, 1799. In point—if not altogether original. The Gallia-Diabolic Club” (25-27). Another parody appeared in 1814 in Comic Songs (127).

Two melodies are associated with this text: John Worgan’s setting titled “Neptune’s Resignation,” and another, “The Watry God,” by an unknown composer. While Worgan’s melody is somewhat less florid than the other, either could be the tune used with this parody.

Stygian God, great Belzebub.
Our Granny she rose up one morning quite soon. 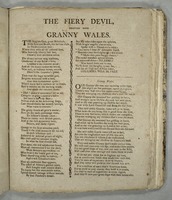 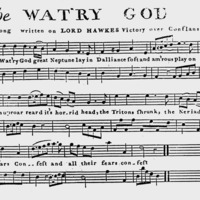 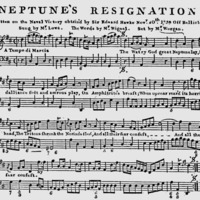 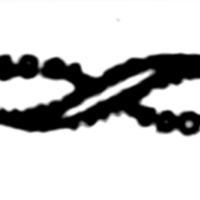