Late autumn in the White Mountains. 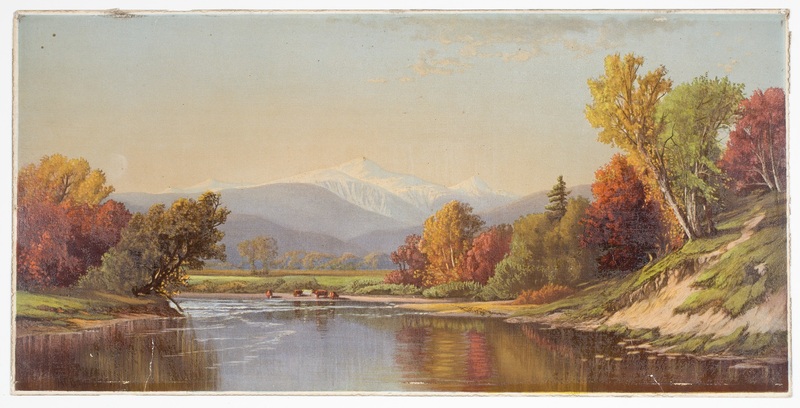 This scene depicts the New Hampshire fall foliage, set against the background of the White Mountains. A river runs through the center of the scene with colorful maple and birch trees lining the shore. This chromo was a companion to "Early Autumn on Esopus Creek" and was the first set of chromos released by Prang after the disappointing sale of a set of Cuban scenery which were Prang's first attempt at chromolithographs. This and "Esopus Creek" were sold as a set in 1866 for $12, and like the Cuban scenes, were not successful.

Late autumn in the White Mountains.