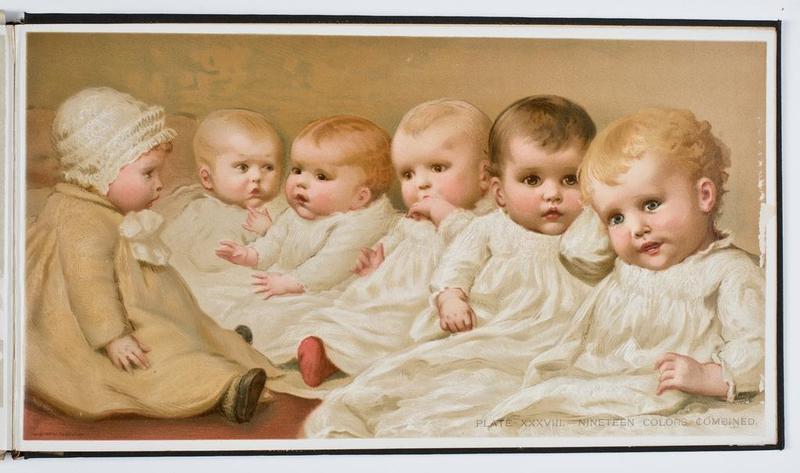 This progressive proof book shows the process in creating an image from nineteen separate color stones. The book was made for salesmen selling the print, to explain the process. The image, after an oil painting by Ida Waugh, depicts six infants sitting together in their gowns. This became one of Prang’s most popular prints of the late 1880s. Ida Waugh, born in Pennsylvania in 1846, came from a family of artists. He father Samuel was a well-known portrait painter, and her stepmother was a miniature painter. Her half-brother became known as a nautical painter. In 1888, she studied at the Academy Julien and Academy Delecluse in Paris, as well as the Pennsylvania Academy of Fine Arts. Her most notable works include paintings of children and illustrations in children’s books. Not only was she commissioned for works by Prang, she was also employed by the popular book and toy manufacturers McLoughlin Brothers.