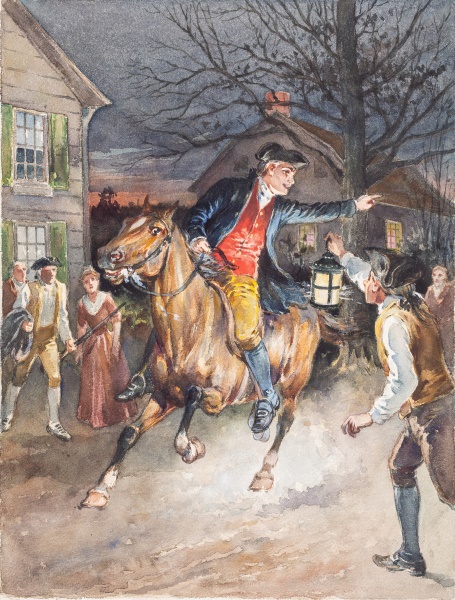 Beyond Midnight: Paul Revere seeks to develop the story of the American silversmith and patriot as a versatile maker of prints and objects while also maintaining sight of his ambitions as a patriot. The story of Revere as a maker has been somewhat eclipsed by the popular image of him as a messenger, but the two narratives are in fact intertwined. It is hard to tell one story without the other. Because of Revere’s fame as the “midnight rider,” documents and objects related to him were routinely preserved and treasured throughout the nineteenth and twentieth centuries. That collective body of work, from ledger accounts to silver vessels and political prints, provides a rich resource for students and scholars.

The American Antiquarian Society has a long history with Paul Revere and holds a near-complete set of his works on paper. The Society’s founder, Isaiah Thomas, was a longtime patron and friend of Revere as well as a fellow patriot and Masonic brother.  In 1954, the Society published Paul Revere’s Engravings authored by AAS Librarian Clarence S. Brigham who spent decades building the Revere collection and completing meticulous research on its contents. In 2011, AAS launched an illustrated digital inventory of the Revere collection which built on Brigham’s work and provided images free to researchers and educators around the globe.

This new online resource serves as an abridged version of the traveling exhibition Beyond Midnight: Paul Revere. All four sections of the exhibition are represented here by a selection of objects and related text aimed at providing context for the world in which Revere navigated as an artisan and entrepreneur in pre- and post-revolutionary America. We hope you make new discoveries as you explore this resource.